Artist Vartika Sharma about her collab with Faris (9) from Lombok

Artist Vartika Sharma is a visual artist based in New Delhi, working in the medium of collage and photography and employing similar sensibilities in her design practice, making a unique blend of art and design. Clients and collaborators include Anavila, Ekaya, bhaane, Love Birds, Verve Magazine, Platform Magazine, Penguin Books, Rupa Books and Rookie Magazine, among others.

For the Face This x WePresent T-shirt collection, Vartika Sharma designed a T-shirt together with Faris (9) from Lombok, Indonesia. All proceeds will be used to get Faris’ school a computer studio, so the school can fight digital illiteracy.

Vartika Sharma tells us about her first reaction, when she received Faris’ drawing. “When I saw Faris’ drawing, I liked how confident his strokes were, especially the ocean waves. It has a lot of different elements which gave me a good idea of what Faris likes about the beach.”

How did Vartika Sharma experience collaborating with Faris? “One of the closest people to me is a 9 year old girl, and we have been drawing together since she was 2, it is my favourite way to spend time with her. It’s inspiring how she draws without any inhibitions, and all her drawings are so full of emotions. That is why I was so excited about collaborating with Faris to create an artwork together, I had never expected to be able to work on such a special project.”

Is there anything she wants to say to Faris? “Faris, thank you for inspiring me with your drawing and I hope you like what we have created together!”

When wearing the Vartika Sharma x Faris T-shirt you contribute to Faris’ school. So get one now! 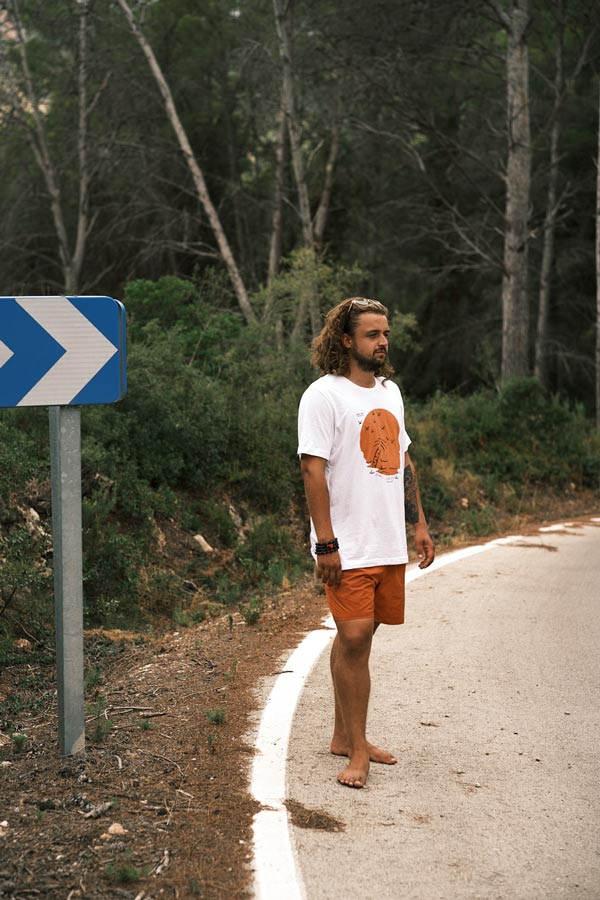 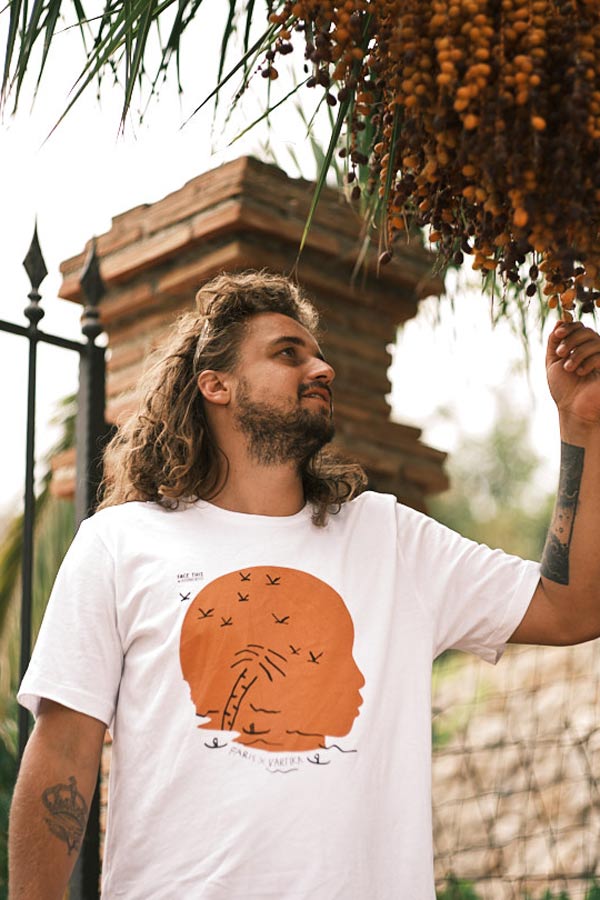 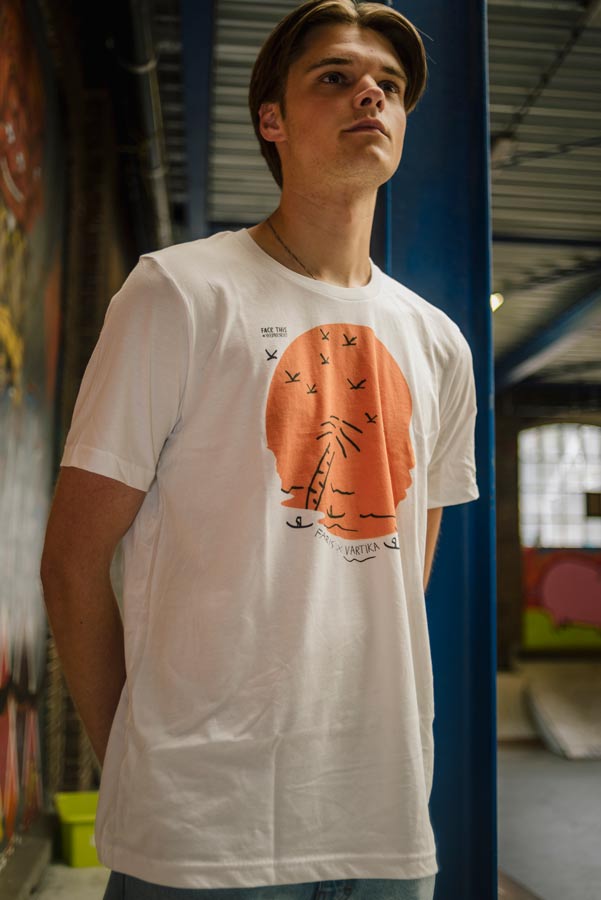