Artist Bráulio Amado about his collab with Hafiz (12) from Lombok

Bráulio Amado is an award-winning graphic designer and illustrator, originally from Portugal, and now based in New York City. He has designed posters and artwork for a number of musicians, including Róisín Murphy most recently, and has exhibited internationally. His work has also featured in many publications, and he was art director at Bloomberg Businessweek. Last year, he also collaborated with Boiler Room TV on artwork for Notting Hill Carnival.

For the Face This x WePresent T-shirt collection, artist Bráulio Amado designed a T-shirt together with Hafiz (12) from Lombok, Indonesia. All proceeds will be used to get Hafiz’ school a computer studio, so the school can fight digital illiteracy.

Artist Braulio Amado tells us about his first reaction, when he received Hafiz’ drawing. Just like almost every artist who gets to work with the Indonesian school kids from our schools, Braulio was stoked about Hafiz’ drawing. “I thought the drawing was great! It was fun and expressive – loved it.”

How did Bráulio Amado experience collaborating with Hafiz? “I remember drawing as a child and I had less insecurities and less concerns about whatever people thought about what I drew. It was more fun! I miss that sort of “naive” element in my work nowadays. So collaborating with a child was sort of a reminder of that, which made it super fun.”

Is there anything he wants to say to Hafiz? “You are a very talented young man and I hope we can collaborate again in the future.”

When wearing the Braulio Amado x Hafiz T-shirt you contribute to Hafiz’ school. So get one now! 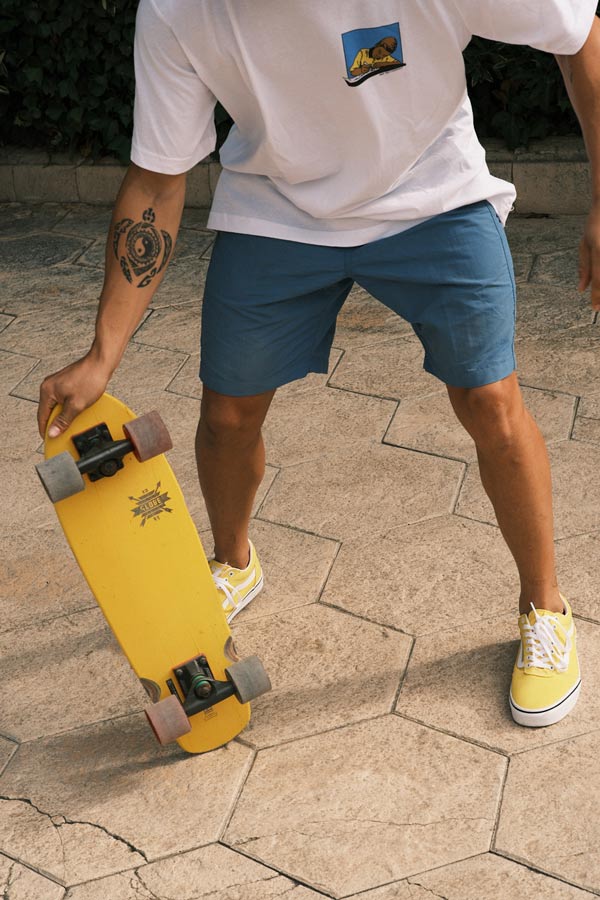 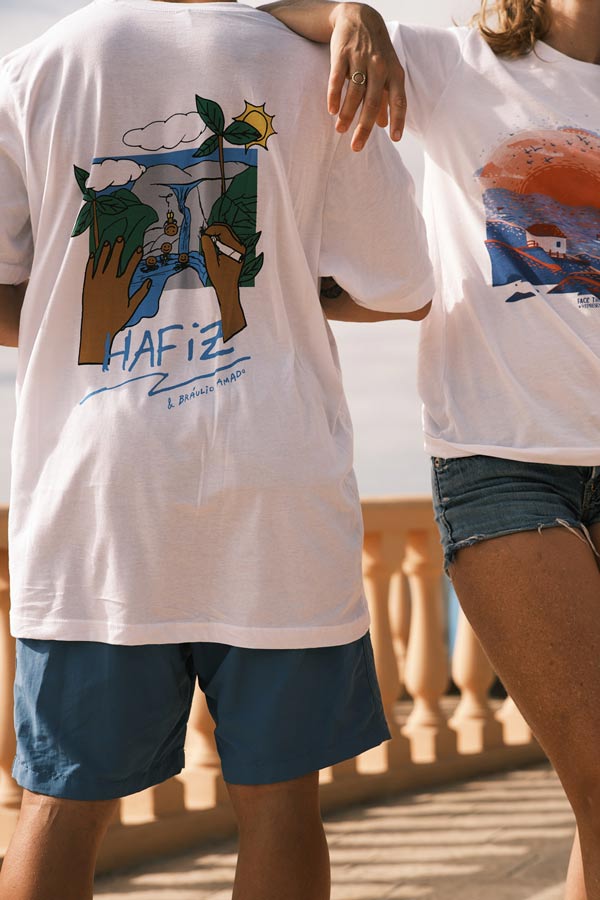