Since the foundation of Face This we’ve been working together with the Duduk Atas school on Lombok to help improve the education over there. The earthquakes have drastically changed the island. With this blog we want to give you an idea of how the Duduk Atas area was like, before the earthquakes hit the island. Author and partner of Face This, Mark Heyward, lives near the school and gives you an idea on how idyllic the area used to be.

Until 2003, the Sasak community which scattered up the hills behind Batu Layar south of Senggigi, did not have a school. Marginalized and left out of the development on the coast, the families on the hill make ends meet by growing local fruits, keeping chickens and taking work as unskilled labour when they can get it.

Before the road to the hill was built by the Studio, an eco-friendly guesthouse in Lombok, and partners it was a two-hour walk up from the main road to the village. The daily trek is still a part of life for the hill people, though now shortened to an hour or so for those who can afford to catch a mini-bus. The footpath which winds its way up the hill among groves of banana, coconut, bamboo, jackfruit and oil palms, offers the adventurous tourist stunning views over the valley and across the Lombok Straits on one side and glimpses of a very different way of life on the other. In the mornings the path is busy with men and women making their way down the hill, carrying produce for the market, or, more worryingly, lugging fresh cut timber from the forests above. More often they are simply heading down to get what work they can. In the afternoons the foot traffic is in the other direction as men climb wearily home and women make their way up with towering loads of basic necessities and buckets of water, balanced precariously on their heads.

Since many are illiterate, having never had the opportunity to learn to read and write, manual daily labour is usually the best they can hope for. Schooling was not available on the hill and, for most, was too expensive and distant down on the coast.

The school on the hill

In 2003 all that began to change. Under the leadership of the village head, Bapak Aeni, classes began on the verandah of the mosque. Over the next few years, classrooms were built with support from the community and the Rotary Club of Lombok. SDN 5 Filial Duduk Atas operated for the next five years as a branch of the local primary school, SD5 Batu Layar, which is located on the main road just south of Senggigi. Now the children can go to school in their own village. 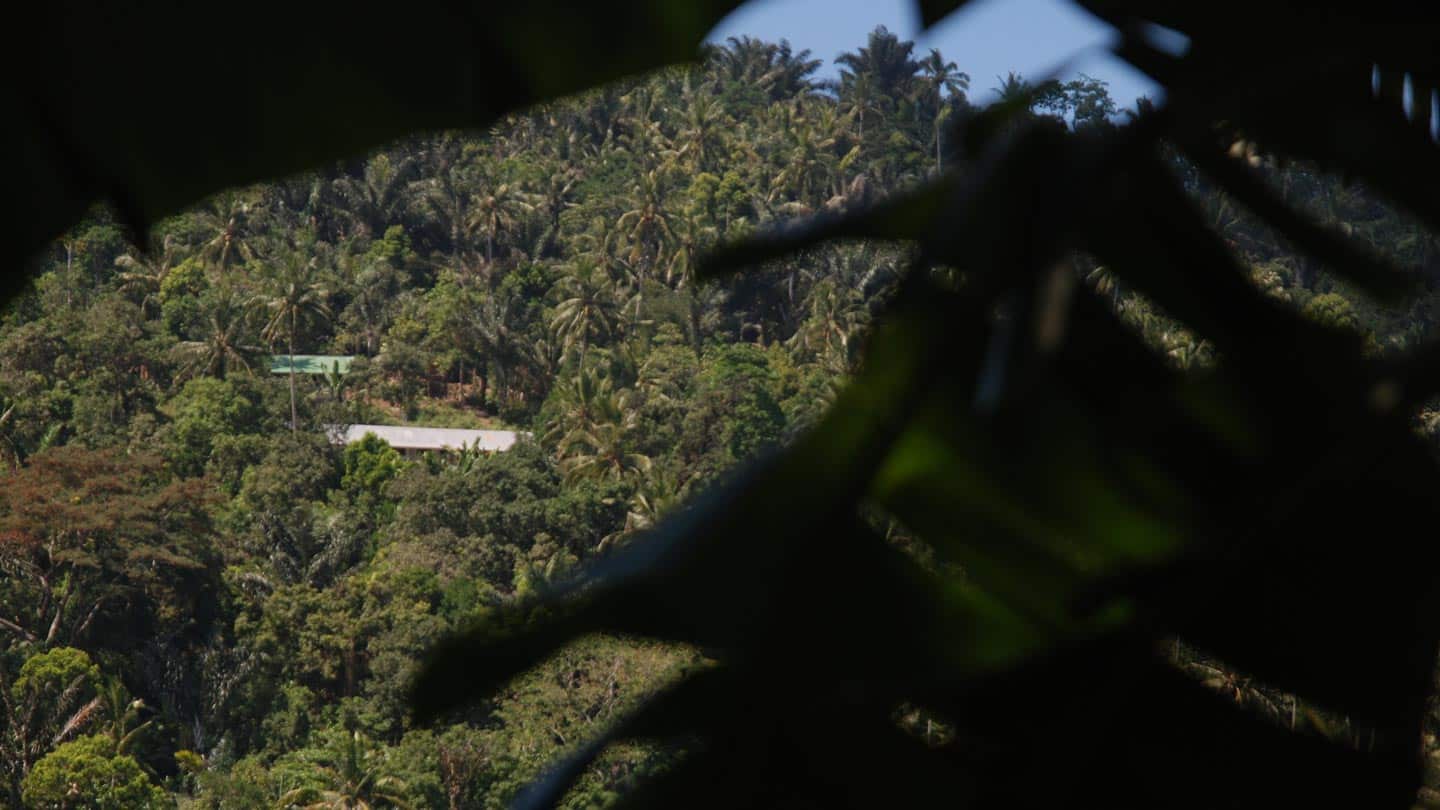 In 2008, a young Dutch couple, Jos and Jelka, were holidaying in Lombok. While enjoying the beaches and resorts, they could not help noticing the poverty in the background. Jos, who has Indonesian heritage but grew up in Holland, decided to do something about it. Their first thought was to help a local school. After asking around, they discovered the little school on the hill: Duduk Atas, and Face This was born.

Face This is now a popular Dutch-based T-shirt brand, popular not only for its unique designs but also its great philosophy. Face This T-shirts feature trendy designs, based on drawings of school children from the school on the hill. The children produce the drawings with their friends. These drawings then go to Holland where a group of creative illustrators and designers turn them into unique designs for the T-shirts. The profit from each T-shirt sold goes back to Duduk Atas to help the school. Funds from these T-shirts have paid for vital equipment, books and furniture as well as building classrooms and a playground.

Meanwhile, the owners of the Studio, an environmentally friendly guest house on the hill nearby, decided to help out. A percentage of all income is invested into the school on the hill. As well as helping to manage the Face This program, the Studio has helped build a general purpose space, used as a teacher room and weekly posyandu clinic, a water system, and refurbishing of the original community-built classrooms. A program to develop community-based trekking and environmental education in the school and community is planned.

Duduk Atas is a poor community, but rich in community spirit. The demand for education is strong. The school, which clings to the steep slopes, half hidden amongst the trees, now has over 200 children crammed into its classrooms. A kindergarten runs in the mornings, and more adults and young people come to the school in the afternoons for functional literacy lessons.

Initially there was no land available for the classrooms. But that problem was solved when Pak Aini, the village head, donated his own land and the Studio purchased land for the school. The villagers supplied volunteer labour and Lombok’s international school, Sekolah Nusa Alam, provided training in active learning approaches and school-based management for teachers. Seeing the demand, the spirit of the local community, and the help being given by others, the local government came to the party. Now the school has six classrooms and it has been licensed as an independent school in the government’s education system.

Everyone is working together to make a difference: the children who make the drawings, their parents and teachers, the illustrators who turn the drawings into trendy T-shirts, the people who buy the T-shirts, the local Rotary Club, the owners, guests and friends of the Studio, and the teachers of Sekolah Nusa Alam. This is the true spirit of ‘gotong royong’!

Lombok earthquakes: how you can support the Duduk Atas area on Lombok

Recently two major earthquakes hit Lombok. And the Duduk Atas community, including the school, are facing lots of damage. People are relocated to safe places and are living in tents right now. For now, this relatively a good solution. But with the monsoons coming within a few months we need to be able to support the people. Please join us in this effort. We have three options to support us.