Mike Perry is an artist who designed a T-shirt together with Shafa (8) from Lombok. The proceeds will be used to renovate her school which was damaged by earthquakes.

You might know Mike Perry from his bright coloured, fun doodles who just happen to pop up everywhere. Perry is one of these guys who seems to have creativity pouring out of him at any time, resulting in a variety of artwork: from murals to animations to sculptures and so on.

With our new Face This collection you’ll be able to get your own piece of Mike Perry art, as we’re happy to announce that he collaborated with us for our new line of tees. Get to know the artist as we take you along some of his finest pieces of art!

When asked to make the 7 seconds intro for this Comedy Central tv-show, Mike Perry made several options, resulting in the directors of the show wanting to use them all. Every show has a different intro, made out of 160 individual drawings each time. Did you know Perry’s studio won an Emmy for the episode ‘Mushrooms’ featuring an 8 minute animated clip?

Even if you’re not into basketball, Mike Perry makes it fun with his jaw dropping posters for New York’s basketball team The Knicks.

8 year old Shafa made a drawing about her favorite spot in Senggigi: the beach. Using Shafa’s drawing and giving it a whirl with his own unique style, Mike Perry made a one of a kind t-shirt print for Face This. Lookin back on this collab, Perry tells: “Any chance I get to collaborate with a young person is a great one.” The proceeds of the T-shirt will help renovate Shafa’s school which was heavily damaged after the earthquakes of 2018.

A Global community of Creative minds 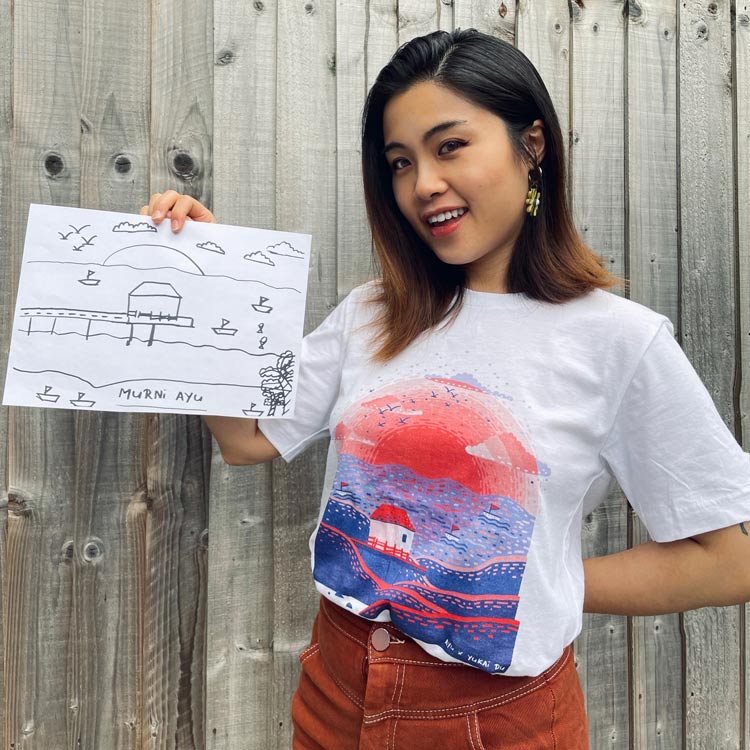 Artist Yukai Du about her collab with Ayu (10) from Lombok

Artist Yukai Du designs T-shirt together with Ayu (10) from Lombok. Read more about the process and the proceeds of this tee. 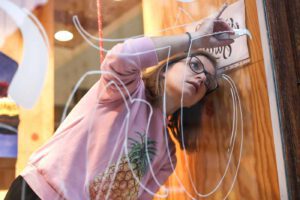 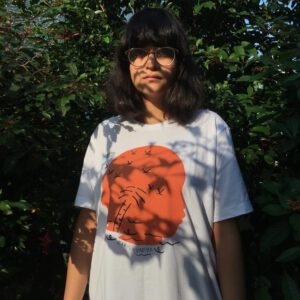 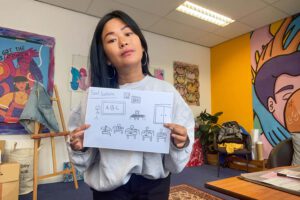 You can help them build a better future